Cryptologic is one of the oldest gaming software providers. They were founded in 1995 by 2 Brothers – Andrew and Mark Rivken who started off in their parents basement.

In April 2012 Cryptologic was acquired by the Amaya Gaming Group which is the Worlds Biggest Publicly Listed Online Gaming Company.

Play Cryptologic Games At These Casinos

Dam Rich is an entertaining game taking place on a Beavers construction site to build a dam. These furry, buck-toothed…
Read More 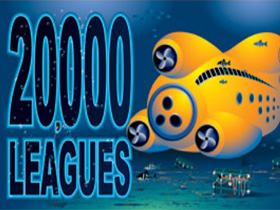 Based on a book – ‘20,000 Leagues Under The Sea’ - written by the famous French author Jules Verne. Take…
Read More

Artie the Armadillo is the main character who lives in the desert with golden sands, cactus plants and red canyons.…
Read More

Assist the farmer in his daily chores and adventures in his barnyard. Barnyard Boogie Game: 5 Reel, 9 Payline video…
Read More

Batman slot by Cryptologic is based on the DC Comics character and features Wilds, Scatters and free games. Batman Slot…
Read More